How We Dealt With The News Of Additional Needs, Our Story 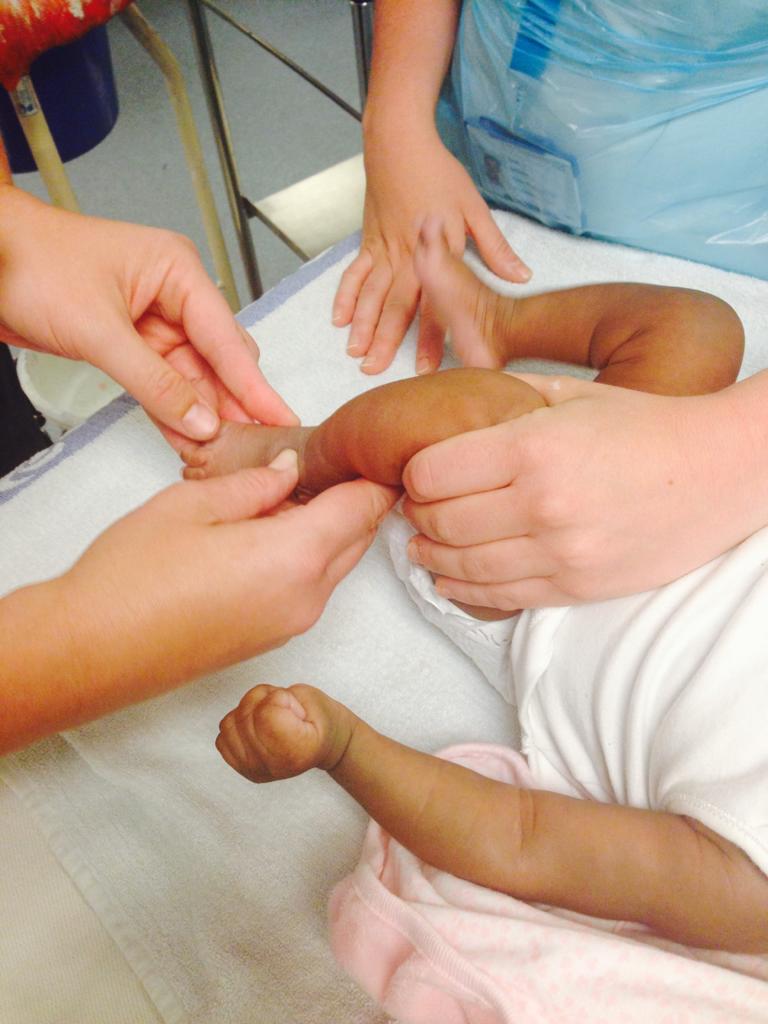 On 20th May 2014, the day Jadia was born, her predicted complications became a reality. She was born with severe talipes and her foot was bent round the wrong way, the doctors confirmed it was a ‘6/6 worse case scenario’. She was also diagnosed with a heart condition called pulmonary stenosis. The doctor said she had a chromosome disorder as well, which turned out to be code, as it was a new condition they were testing for. The chromosome disorder turned out to be a deletion in the long arm of Chromosome 6 between 6q13 and 6q14, would affect issues like developmental delay, motor skills and language.

There were many days I sat and thought ‘why my child?’ My first born was born healthy and met all her milestones on time, in fact early. So, what had happened this time? We were the same young and healthy parents, so why? I had nobody around me that had dealt with anything close to this and it felt very lonely. I was told my daughter’s heart condition could affect her for the rest of her life. One leg may be shorter than the other, she may produce low muscle tone in her legs, she would not be able to walk until she was five. She was also diagnosed with glue ear when she was 1 and half years old. 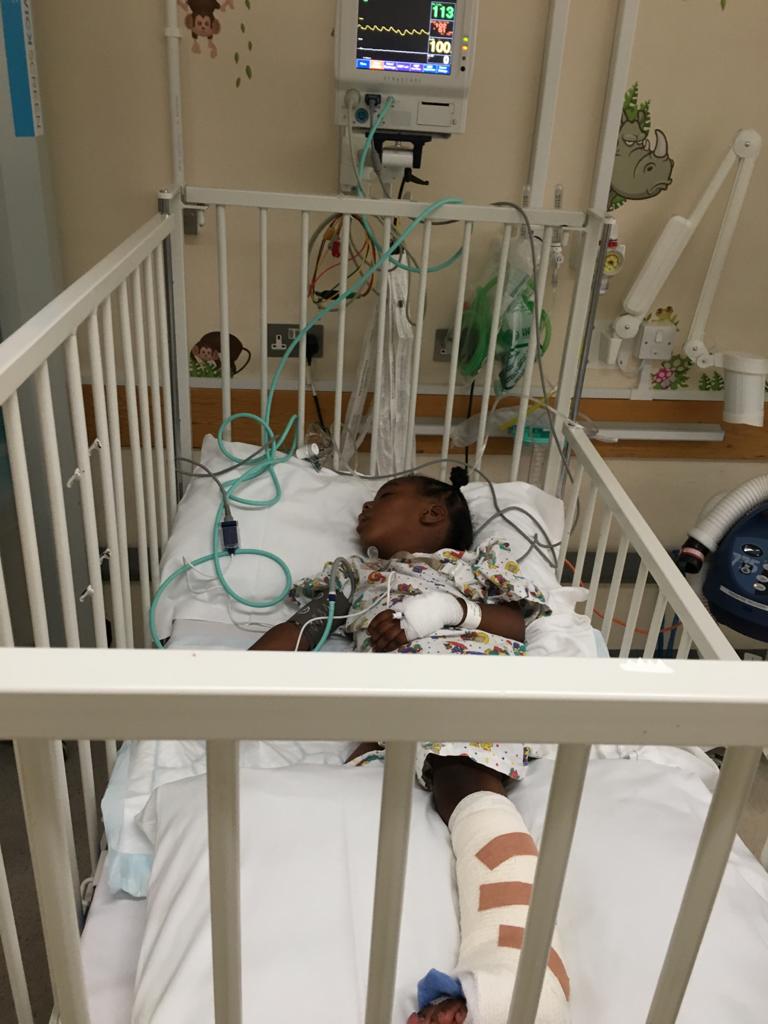 The First Few Years Of Her Life

Jaida went onto her first major surgery at just six weeks old. Signing the authorisation paperwork, knowing the risks involved in having said operations, holding her whilst they administer the aesthetic, watching her body go lifeless and then seeing her taken away was one of the most scariest things I have ever experienced. Her first foot operations focused on her achilles tendon to help her talipes; her dad went into the operating theatre and watched the entire thing.

The first two years of her life, she had at least 2 appointments a week and some weeks more. She has had foot braces, casts, you name it. It’s strange because though all this, her older sister just saw a new baby. Her little sister that she loved and adored – and nothing else! I love how their little brains work.

Listening to parents talk about their children’s milestones such as crawling, talking and walking; Jaida was delayed with all of these. Even in my own mind – having had a child before her – I indirectly compared to two experiences. It was also hard to hear everyone talking about their kids the same age achieving milestones, I was happy for them but sad for my own little one. 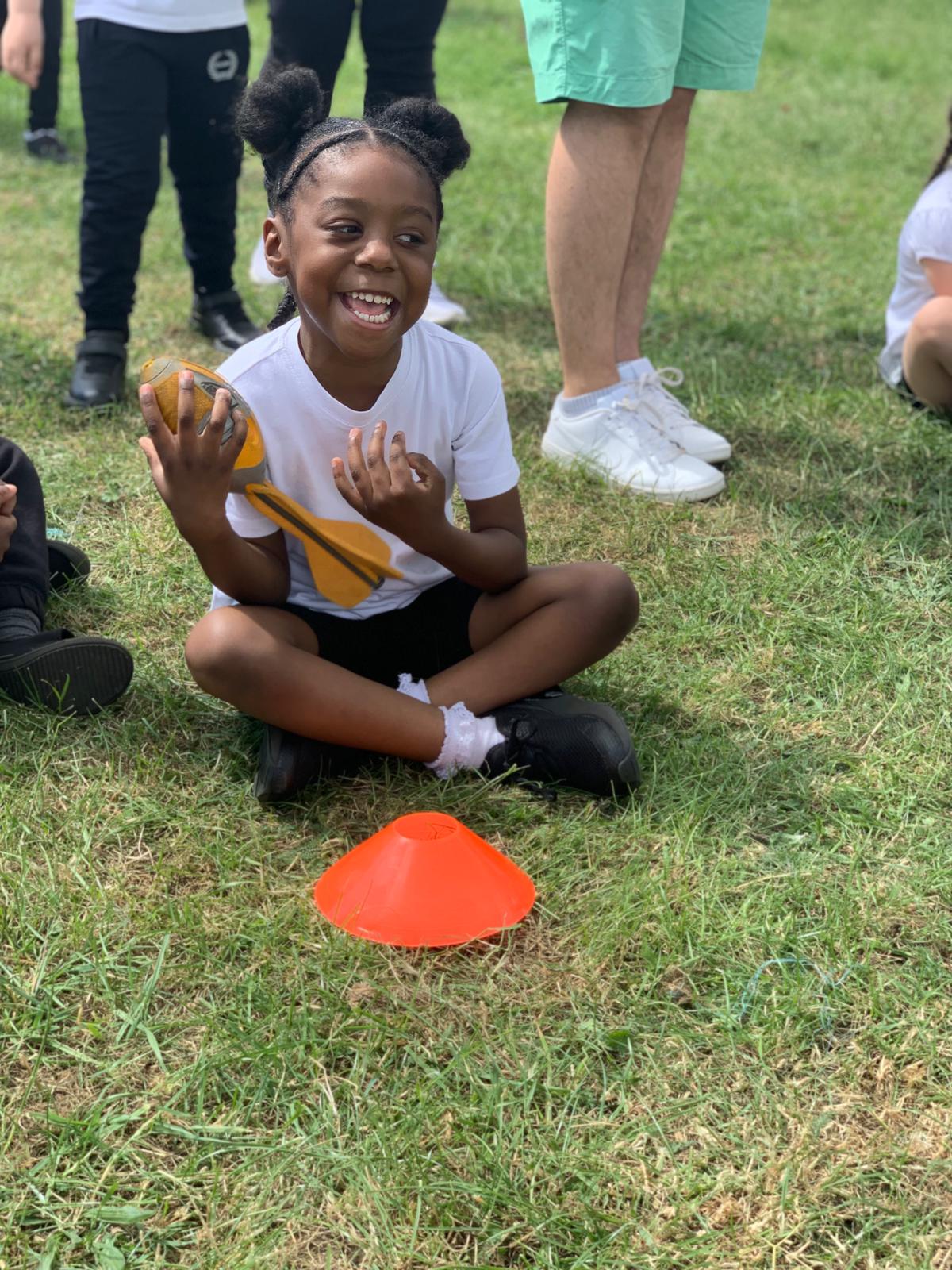 Two foot operations, multiple casts, a ton of physio therapy as well as speech and language therapy, a grommets operation, and over 400 appointments later, Jaida is walking and talking like any other child (almost, some words are pronounced in her own way, especially when she has a cold!). After the first operation, she did the ponseti method, which involved serial casting. This was then followed by a second talipes operation. She started walking when she was 2 and a half years old. After this, nothing could stop her. She was running before we knew it. With the help of occupational therapy, she can not feed herself with a knife and fork and dress herself. With physio therapy, she can now walk, run, hop and jump. She also does hydrotherapy. With speech therapy, she can now understand, follow instructions, tell us how she feels, what she wants and converses with us. Something we take so much for granted!

Five years of work, support, appointments, and most of all love, my baby is happy, confident and living her best life.

Talipes – A deformity (also known as club foot) where the foot and ankle are twisted. It’s a congenital condition meaning the baby can be born with it.

Deletions on chromosome 6 between 6q13 and 6q14 – a 6q deletion is a rare genetic disorder in which there is a tiny piece missing from one of the body’s 46 chromosomes. This tiny piece is missing from virtually all the cells in the body that are needed for growth, development and healthy functioning.

Glue ears – a condition where the middle of the ear fills with glue-like fluid instead of air and causes dulled hearing.

Physio Therapy – This is treatment of deformity by physical methods such as massage, heat treatment, and exercise rather than surgery.

Hydrotherapy – the use of exercises in a pool as part of treatment for certain conditions.

Grommets operation – grommets are tiny tubes which are inserted into the eardrum and allow air to pass through keeping the air pressure on either side equal. The surgeon makes a tiny hole in the eardrum and inserts the grommet into the hole.

To keep up with My Children and Me as well as insights into motherhood and to a community of families where we can share and support each other, follow us on:

If you enjoyed this article, feel free to share it on your favourite social media sites!

PrevPreviousHow Much Does Your First Pregnancy Differ To Your Second?
NextThe Reality Of Homeschooling During LockdownNext